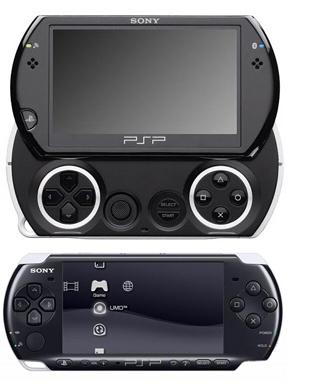 All PSP consoles include a common feature is that they are designed for playing a variety of applications and entertainment, such as video, music, means of communication, wireless internet, and gaming. The top of the line PSP Go offers possibility of playing 3D games with high-quality, can easily play full-motion videos, and includes high quality audio. The consoles features a 10cm wide-screen LCD display, with amazing contrast and brightness. The display is designed to provide good visibility under any lightning conditions, including direct sun-light. The console also includes Bluetooth support, making Internet Skype calls through compatible headsets. There is a wealth of PlayStation PSP games in the market, since though PSP Go only allows to download games, it limits gamers ability to choose the game suppliers, which ultimately brings to higher prices for games on PSP Go compared with earlier models of PSP.

In general, although PSP is an astonishing game console system, given all its features, characteristics and capacities, but it is underrated and less demanded in the market than the manufacturer was hoping for. Ironically this was also connected with the fact that the console was designed with proper security, which made impossible to modify it for pirated content until recently, except the early versions of its firmware version, namely 5.02. This significantly limited this consoles demand in less developed markets.